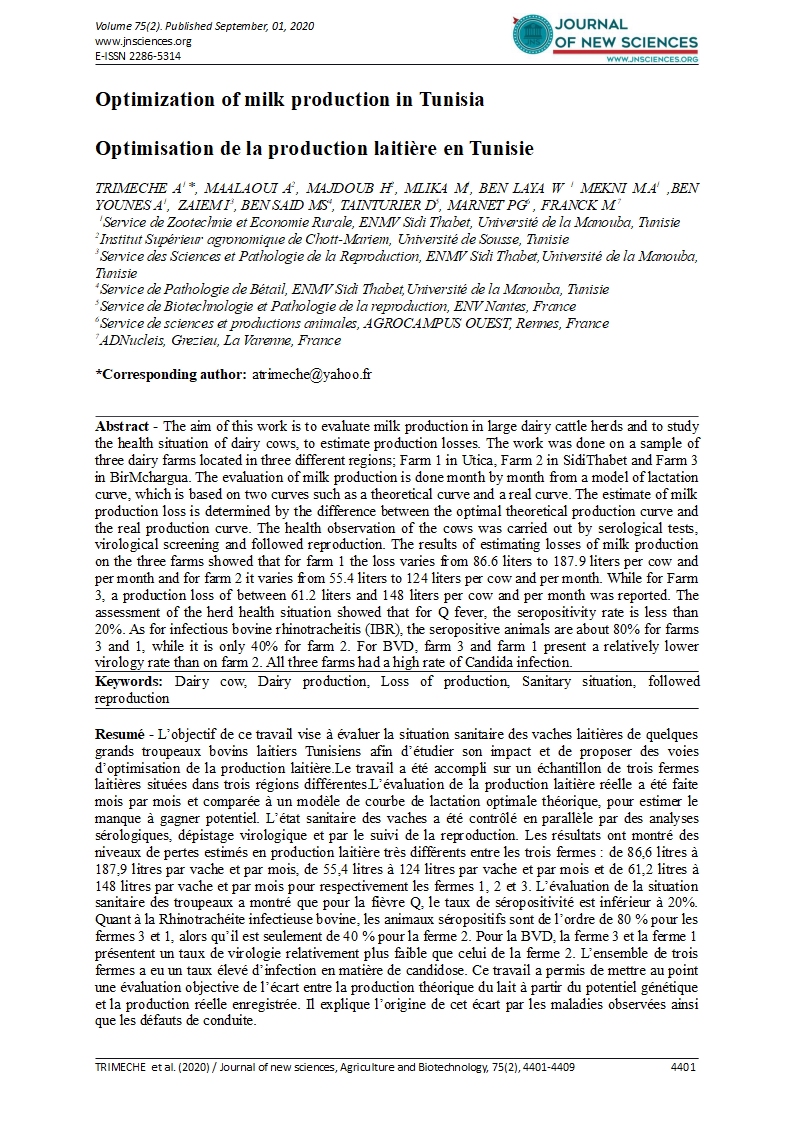 Abstract - The aim of this work is to evaluate milk production in large dairy cattle herds and to study the health situation of dairy cows, to estimate production losses. The work was done on a sample of three dairy farms located in three different regions; Farm 1 in Utica, Farm 2 in SidiThabet and Farm 3 in BirMchargua. The evaluation of milk production is done month by month from a model of lactation curve, which is based on two curves such as a theoretical curve and a real curve. The estimate of milk production loss is determined by the difference between the optimal theoretical production curve and the real production curve. The health observation of the cows was carried out by serological tests, virological screening and followed reproduction. The results of estimating losses of milk production on the three farms showed that for farm 1 the loss varies from 86.6 liters to 187.9 liters per cow and per month and for farm 2 it varies from 55.4 liters to 124 liters per cow and per month. While for Farm 3, a production loss of between 61.2 liters and 148 liters per cow and per month was reported. The assessment of the herd health situation showed that for Q fever, the seropositivity rate is less than 20%. As for infectious bovine rhinotracheitis (IBR), the seropositive animals are about 80% for farms 3 and 1, while it is only 40% for farm 2. For BVD, farm 3 and farm 1 present a relatively lower virology rate than on farm 2. All three farms had a high rate of Candida infection.