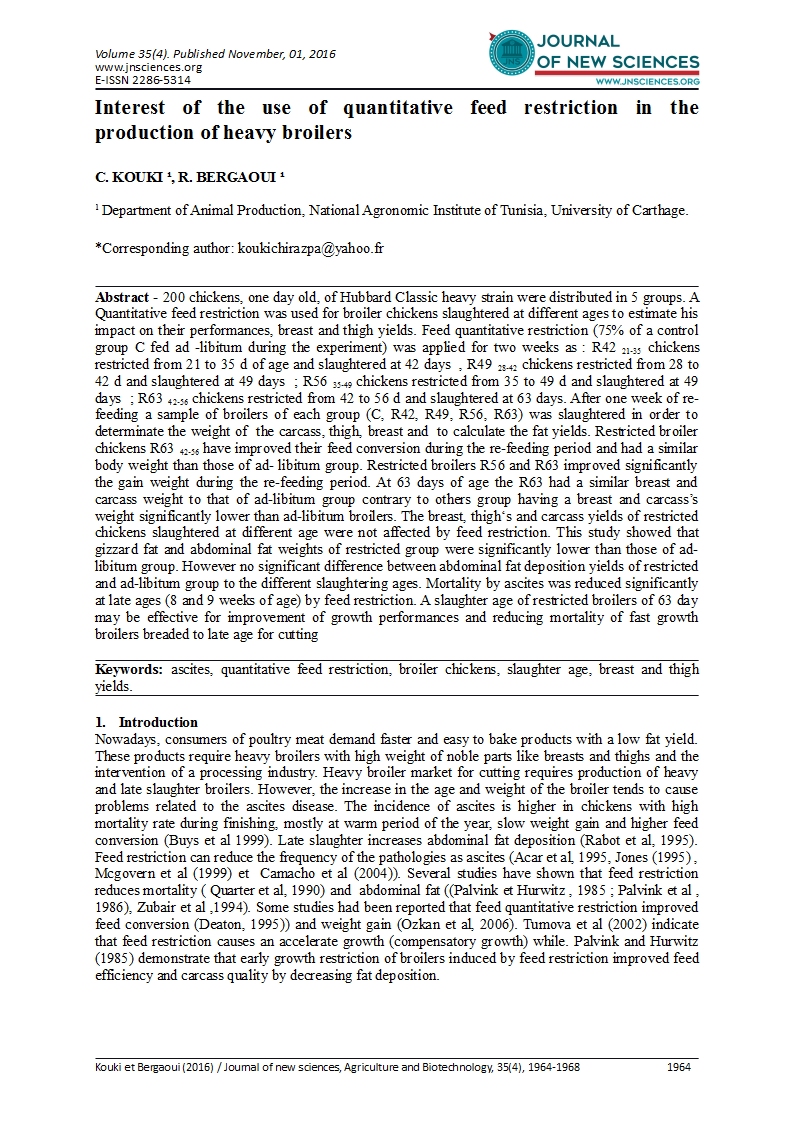 The objective of this study is to estimate the impact of quantitative restriction applied at different ages which aims to produce a heavy broiler with high performances, high yield’s meat and reduced fat deposition and to demonstrate if feed restriction limit high mortality related to late slaughter.

All data were submitted to analysis of variance using the One –Way Anova procedure of Mintab .Differences among treatments were determined as significant at 5% level by Tukey’s multiple.

The number of chickens dead from 4 to 9 weeks of age is shown in table 7. The mortality was reduced by feed restriction essentially on late weeks of breeding. This finding is concorted with the studies of Acar et al (1995), Jones (1995) and Mcgovern et al (1999). At advanced ages of 8 and 9 weeks, the mortality in the restricted treatments was significantly lower than in the control.

The results of the present study indicate that restriction at late age improve feed conversion and weight gain. So restriction for two weeks applied from 42 day of age to 56 day improve feed conversion and weight gain during re-feeding period and reduce mortality at advanced age. Carcass, breast, and thigh yields were not affected by restriction. Feed restriction reduces abdominal and gizzard fat but has no effect on abdominal and gizzard fat yields. Restriction used in this study may be an alternative to reduce problems of performances and mortality related to late breeding of rapid growth chicken. The present finding showed increasing of slaughter age to 63 day may be effective for improvement of growth performances and mortality of fast growth broilers breeded to late age in order to obtain breast and thigh yields similar to broilers feuded ad- libitum.