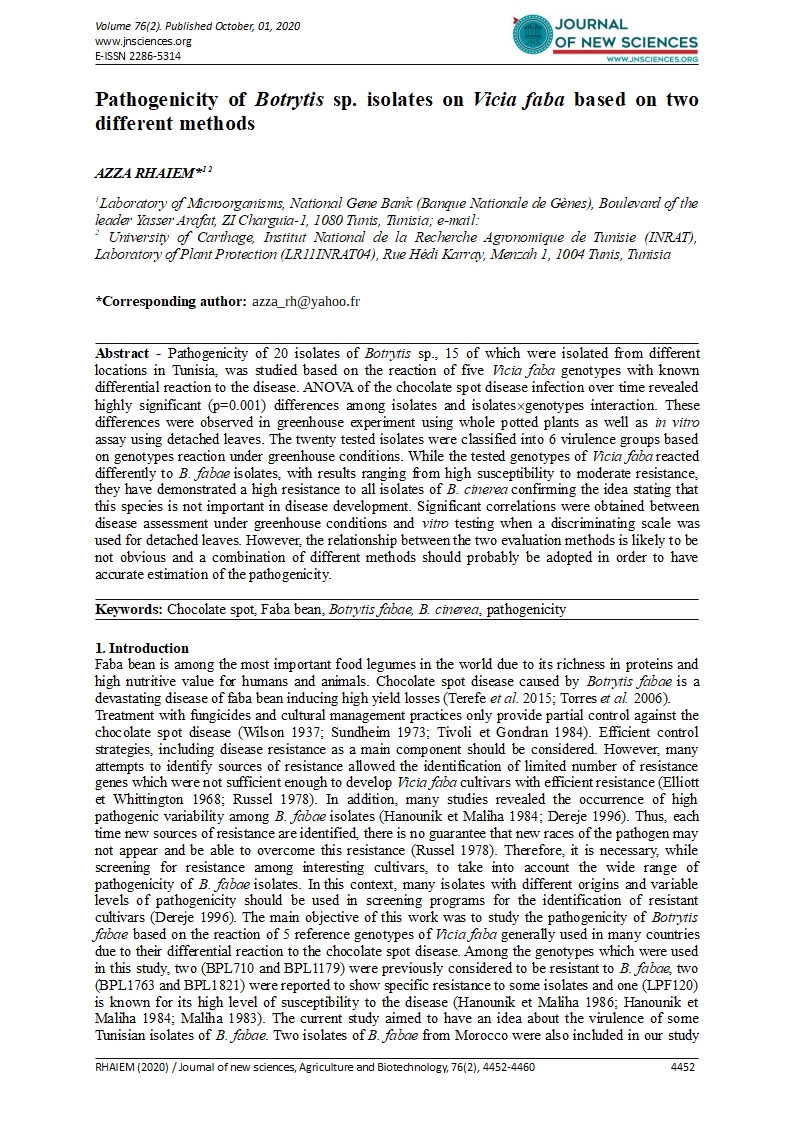 Abstract - Pathogenicity of 20 isolates of Botrytis sp., 15 of which were isolated from different locations in Tunisia, was studied based on the reaction of five Vicia faba genotypes with known differential reaction to the disease. ANOVA of the chocolate spot disease infection over time revealed highly significant (p=0.001) differences among isolates and isolatesgenotypes interaction. These differences were observed in greenhouse experiment using whole potted plants as well as in vitro assay using detached leaves. The twenty tested isolates were classified into 6 virulence groups based on genotypes reaction under greenhouse conditions. While the tested genotypes of Vicia faba reacted differently to B. fabae isolates, with results ranging from high susceptibility to moderate resistance, they have demonstrated a high resistance to all isolates of B. cinerea confirming the idea stating that this species is not important in disease development. Significant correlations were obtained between disease assessment under greenhouse conditions and vitro testing when a discriminating scale was used for detached leaves. However, the relationship between the two evaluation methods is likely to be not obvious and a combination of different methods should probably be adopted in order to have accurate estimation of the pathogenicity.