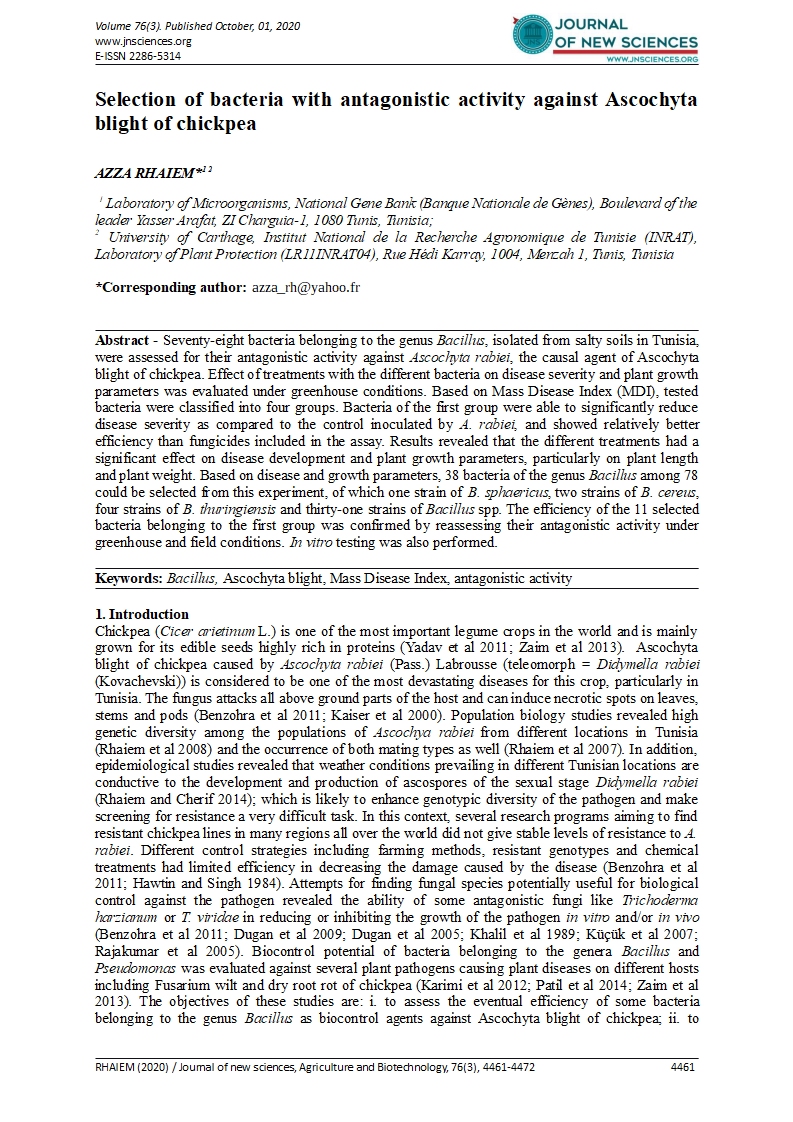 Abstract - Seventy-eight bacteria belonging to the genus Bacillus, isolated from salty soils in Tunisia, were assessed for their antagonistic activity against Ascochyta rabiei, the causal agent of Ascochyta blight of chickpea. Effect of treatments with the different bacteria on disease severity and plant growth parameters was evaluated under greenhouse conditions. Based on Mass Disease Index (MDI), tested bacteria were classified into four groups. Bacteria of the first group were able to significantly reduce disease severity as compared to the control inoculated by A. rabiei, and showed relatively better efficiency than fungicides included in the assay. Results revealed that the different treatments had a significant effect on disease development and plant growth parameters, particularly on plant length and plant weight. Based on disease and growth parameters, 38 bacteria of the genus Bacillus among 78 could be selected from this experiment, of which one strain of B. sphaericus, two strains of B. cereus, four strains of B. thuringiensis and thirty-one strains of Bacillus spp. The efficiency of the 11 selected bacteria belonging to the first group was confirmed by reassessing their antagonistic activity under greenhouse and field conditions. In vitro testing was also performed.