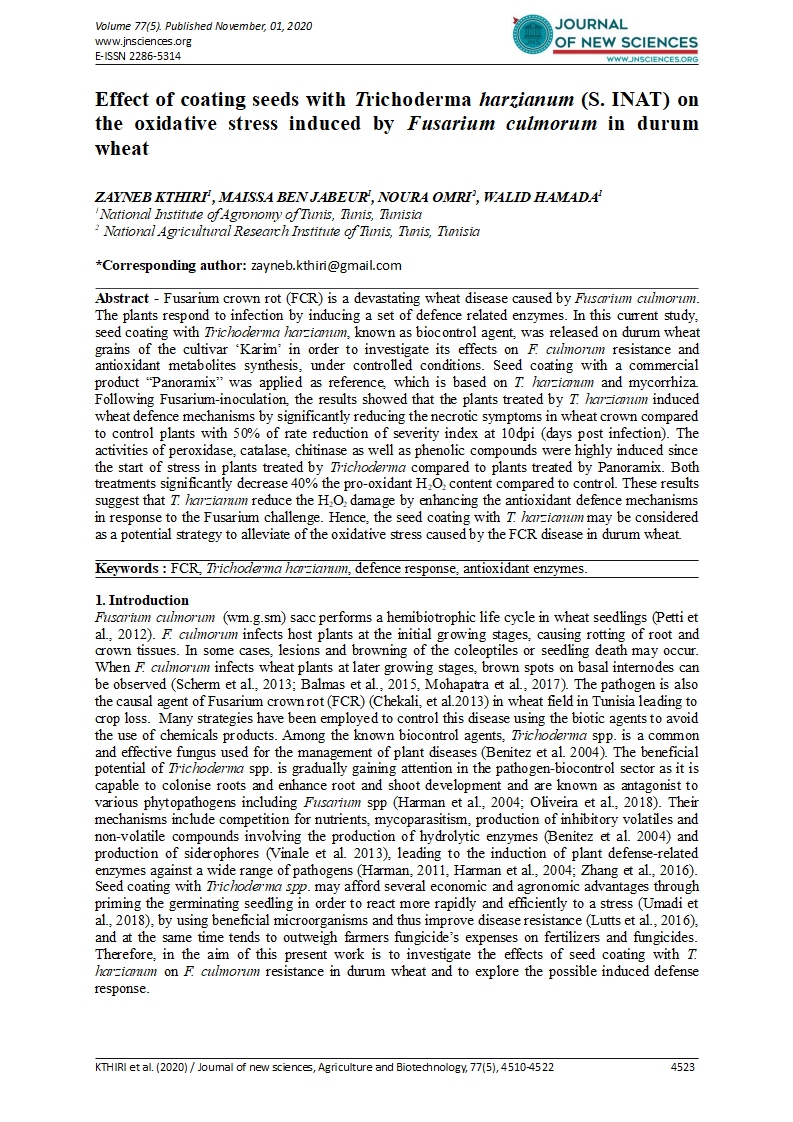 Abstract - Fusarium crown rot (FCR) is a devastating wheat disease caused by Fusarium culmorum. The plants respond to infection by inducing a set of defence related enzymes. In this current study, seed coating with Trichoderma harzianum, known as biocontrol agent, was released on durum wheat grains of the cultivar ‘Karim’ in order to investigate its effects on F. culmorum resistance and antioxidant metabolites synthesis, under controlled conditions. Seed coating with a commercial product “Panoramix” was applied as reference, which is based on T. harzianum and mycorrhiza. Following Fusarium-inoculation, the results showed that the plants treated by T. harzianum induced wheat defence mechanisms by significantly reducing the necrotic symptoms in wheat crown compared to control plants with 50% of rate reduction of severity index at 10dpi (days post infection). The activities of peroxidase, catalase, chitinase as well as phenolic compounds were highly induced since the start of stress in plants treated by Trichoderma compared to plants treated by Panoramix. Both treatments significantly decrease 40% the pro-oxidant H2O2 content compared to control. These results suggest that T. harzianum reduce the H2O2 damage by enhancing the antioxidant defence mechanisms in response to the Fusarium challenge. Hence, the seed coating with T. harzianum may be considered as a potential strategy to alleviate of the oxidative stress caused by the FCR disease in durum wheat.