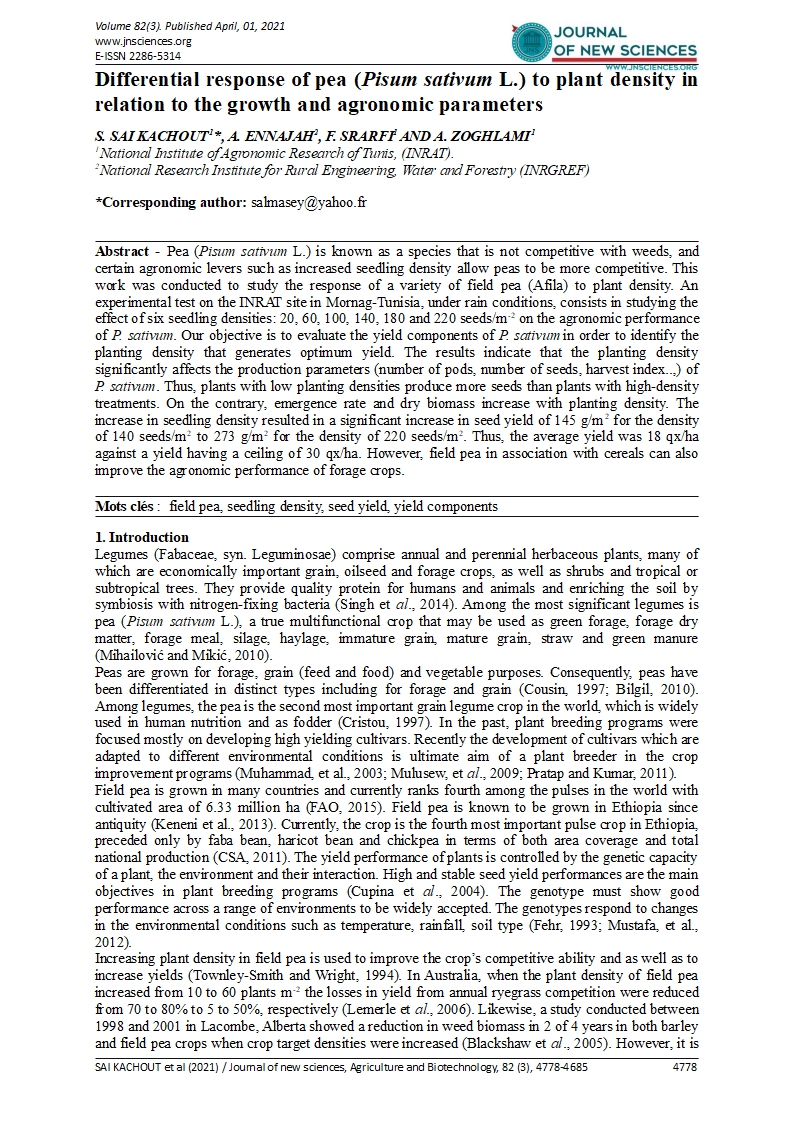 Abstract - Pea (Pisum sativum L.) is known as a species that is not competitive with weeds, and certain agronomic levers such as increased seedling density allow peas to be more competitive. This work was conducted to study the response of a variety of field pea (Afila) to plant density. An experimental test on the INRAT site in Mornag-Tunisia, under rain conditions, consists in studying the effect of six seedling densities: 20, 60, 100, 140, 180 and 220 seeds/m-2 on the agronomic performance of P. sativum. Our objective is to evaluate the yield components of P. sativum in order to identify the planting density that generates optimum yield. The results indicate that the planting density significantly affects the production parameters (number of pods, number of seeds, harvest index..,) of P. sativum. Thus, plants with low planting densities produce more seeds than plants with high-density treatments. On the contrary, emergence rate and dry biomass increase with planting density. The increase in seedling density resulted in a significant increase in seed yield of 145 g/m2 for the density of 140 seeds/m2 to 273 g/m2 for the density of 220 seeds/m2. Thus, the average yield was 18 qx/ha against a yield having a ceiling of 30 qx/ha. However, field pea in association with cereals can also improve the agronomic performance of forage crops.