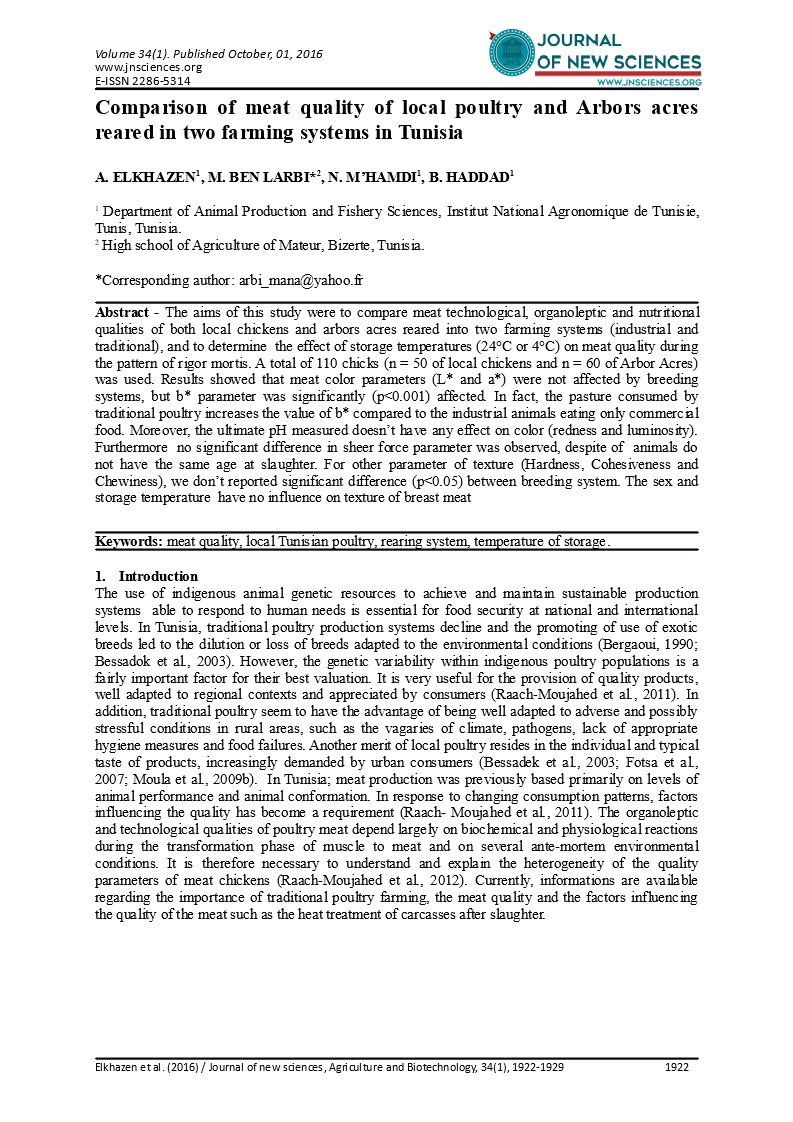 Abstract - The aims of this study were to compare meat technological, organoleptic and nutritional qualities of both local chickens and arbors acres reared into two farming systems (industrial and traditional), and to determine the effect of storage temperatures (24°C or 4°C) on meat quality during the pattern of rigor mortis. A total of 110 chicks (n = 50 of local chickens and n = 60 of Arbor Acres) was used. Results showed that meat color parameters (L* and a*) were not affected by breeding systems, but b* parameter was significantly (p<0.001) affected. In fact, the pasture consumed by traditional poultry increases the value of b* compared to the industrial animals eating only commercial food. Moreover, the ultimate pH measured doesn’t have any effect on color (redness and luminosity). Furthermore no significant difference in sheer force parameter was observed, despite of animals do not have the same age at slaughter. For other parameter of texture (Hardness, Cohesiveness and Chewiness), we don’t reported significant difference (p<0.05) between breeding system. The sex and storage temperature have no influence on texture of breast meat. 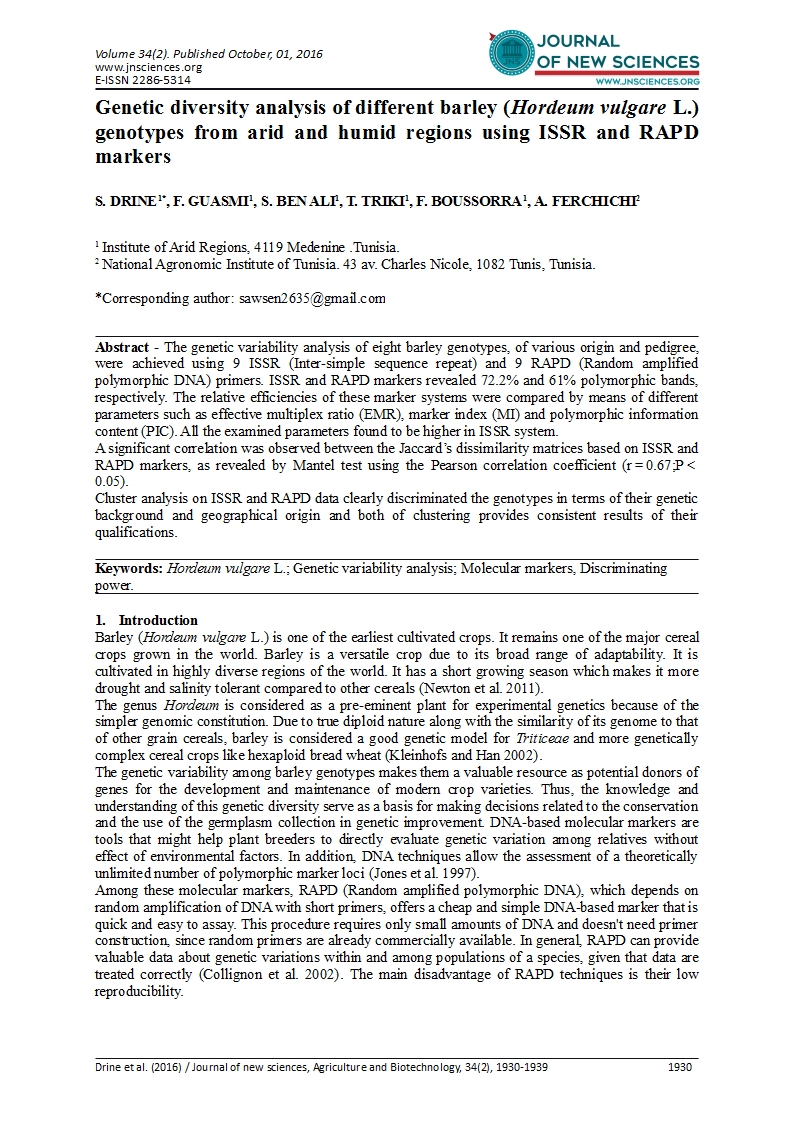 A significant correlation was observed between the Jaccard’s dissimilarity matrices based on ISSR and RAPD markers, as revealed by Mantel test using the Pearson correlation coefficient (r = 0.67;P < 0.05).

Cluster analysis on ISSR and RAPD data clearly discriminated the genotypes in terms of their genetic background and geographical origin and both of clustering provides consistent results of their qualifications.