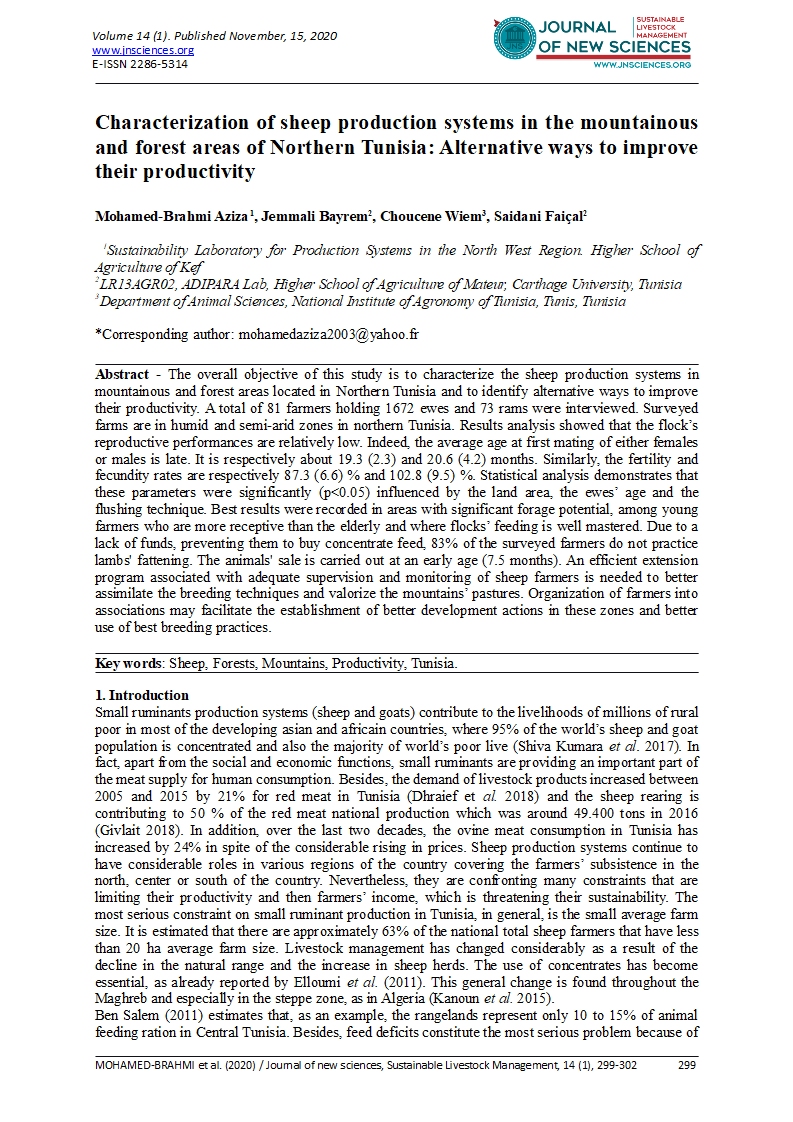 1Sustainability Laboratory for Production Systems in the North West Region. Higher School of Agriculture of Kef

Abstract - The overall objective of this study is to characterize the sheep production systems in mountainous and forest areas located in Northern Tunisia and to identify alternative ways to improve their productivity. A total of 81 farmers holding 1672 ewes and 73 rams were interviewed. Surveyed farms are in humid and semi-arid zones in northern Tunisia. Results analysis showed that the flock’s reproductive performances are relatively low. Indeed, the average age at first mating of either females or males is late. It is respectively about 19.3 (2.3) and 20.6 (4.2) months. Similarly, the fertility and fecundity rates are respectively 87.3 (6.6) % and 102.8 (9.5) %. Statistical analysis demonstrates that these parameters were significantly (p<0.05) influenced by the land area, the ewes’ age and the flushing technique. Best results were recorded in areas with significant forage potential, among young farmers who are more receptive than the elderly and where flocks’ feeding is well mastered. Due to a lack of funds, preventing them to buy concentrate feed, 83% of the surveyed farmers do not practice lambs' fattening. The animals' sale is carried out at an early age (7.5 months). An efficient extension program associated with adequate supervision and monitoring of sheep farmers is needed to better assimilate the breeding techniques and valorize the mountains’ pastures. Organization of farmers into associations may facilitate the establishment of better development actions in these zones and better use of best breeding practices.