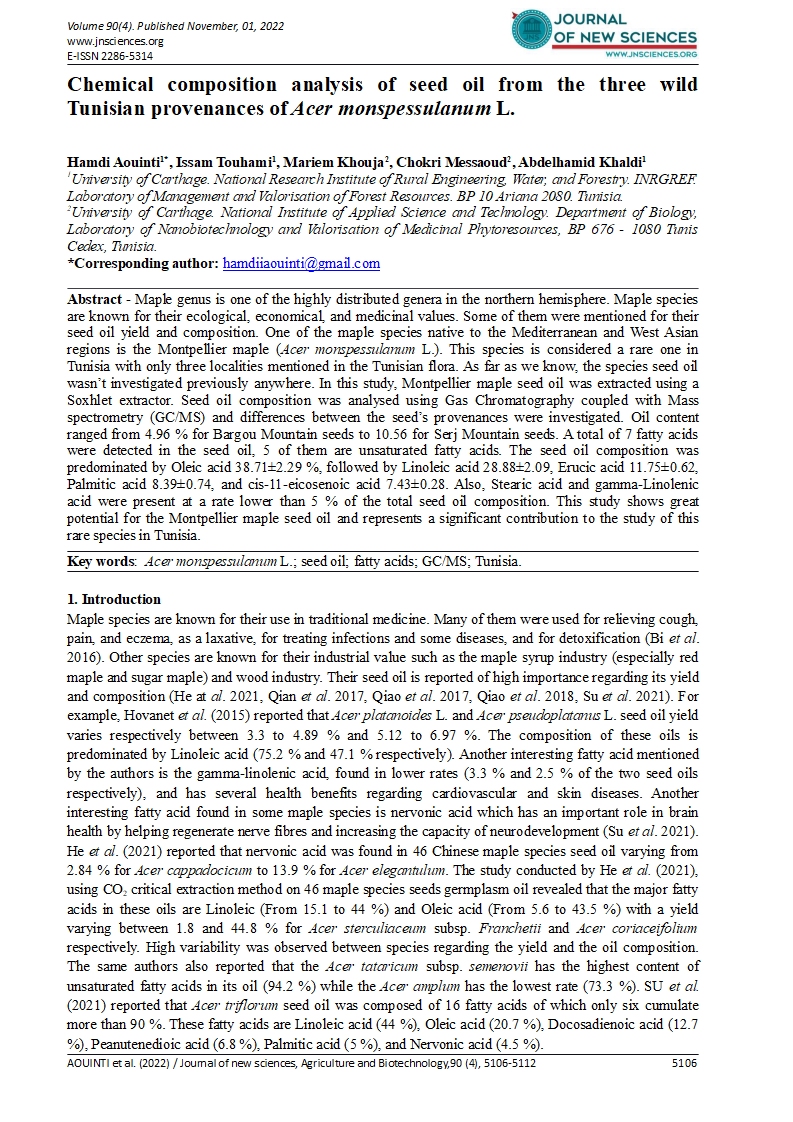 Abstract - Maple genus is one of the highly distributed genera in the northern hemisphere. Maple species are known for their ecological, economical, and medicinal values. Some of them were mentioned for their seed oil yield and composition. One of the maple species native to the Mediterranean and West Asian regions is the Montpellier maple (Acer monspessulanum L.). This species is considered a rare one in Tunisia with only three localities mentioned in the Tunisian flora. As far as we know, the species seed oil wasn’t investigated previously anywhere. In this study, Montpellier maple seed oil was extracted using a Soxhlet extractor. Seed oil composition was analysed using Gas Chromatography coupled with Mass spectrometry (GC/MS) and differences between the seed’s provenances were investigated. Oil content ranged from 4.96 % for Bargou Mountain seeds to 10.56 for Serj Mountain seeds. A total of 7 fatty acids were detected in the seed oil, 5 of them are unsaturated fatty acids. The seed oil composition was predominated by Oleic acid 38.71±2.29 %, followed by Linoleic acid 28.88±2.09, Erucic acid 11.75±0.62, Palmitic acid 8.39±0.74, and cis-11-eicosenoic acid 7.43±0.28. Also, Stearic acid and gamma-Linolenic acid were present at a rate lower than 5 % of the total seed oil composition. This study shows great potential for the Montpellier maple seed oil and represents a significant contribution to the study of this rare species in Tunisia.